A Beauty On The Battery: The Edmondston-Alston House

Often, when someone pictures Charleston SC in their mind, they immediately paint a picture of Battery Street, with its grand historic mansions overlooking the majestic Charleston Harbor. And it's no surprise to discover that these stately historic homes date back to the early 1800s. Each of these magnificent houses reflects a bygone era in design and architecture, and each has a unique beginning and a captivating story of Charleston’s past era. The Edmondston-Alston House is among the most celebrated and beloved along this storied street in Charleston’s South of Broad neighborhood.

The Edmondston-Alston House, at 21 East Battery Street, was constructed in 1825 by a Scottish shipping merchant, Charles Edmondston, and at the time it was one of the most extraordinary dwellings on the peninsula despite the fact that at the time of its purchase, the lot was completely unsuitable for development. Edmondston purchased the lot in 1817 but the seawall was not constructed until 1820 and prior to construction of the home there was an infill project set to prepare the original marsh-like lot. As soon as Edmondston was able to begin construction he did and the home was constructed within approximately three years as a two-story Federalist style home. The home reflected a Charleston single house layout with its front entrance facing East Battery Street. Each floor has two larger rooms on the left and right side as well as one smaller room behind both of the larger rooms, historically known as "withdrawing rooms." Perhaps one of the most magnificent original features of the home are the 14ft ceilings on the second story.

Unfortunately, Charles Edmondston was forced to sell his property in 1838 after declaring bankruptcy from the effects of what was considered a major economic depression at the time, the Panic of 1837. In 1838, Charles Alston, a member of a prominent Charleston rice planter family, purchased the home from the bank and almost immediately remodeled the home in the style of Greek Revival. During his remodel he added a third story with strong Corinthian columns on the left piazzas, a cast-iron balcony on the second floor, and a parapet at the roof's edge depicting the Alston family coat of arms. Alston left the structural footprint of the home fairly intact only doing a surface-level remodel of the interior features Alston and adding the third story living quarters for the family. The second story was (and still is) perfect to catch the wonderful sea breezes on a hot Charleston day.

The home has seen many visitors throughout its life and has withstood multiple infamous Charleston hurricanes, as well as the earthquake of 1886 which caused significant damage to the original balcony, but still sheds some light on how incredible the builders of the past constructed these homes. Today, the home is still owned by descendants of Charles Alston and is open for daily tours. If you are visiting Charleston and would like to relive some of the past I most definitely suggest checking out this property, in no way will it disappoint.

Planning a vacation or weekend getaway to Charleston?  From horse drawn carriage tours, to simply walking the cobblestoned streets, there are so many ways to visit these grand historic homes and to experience the history of Charleston. With world-class dining, shopping along famed King Street and even sailing tours along the waters of Charleston Harbor, there is so much to see and do in historic Charleston.  Book your stay in one of the charming downtown vacation homes in our Luxury Simplified Retreats luxury portfolio and start planning your trip today! 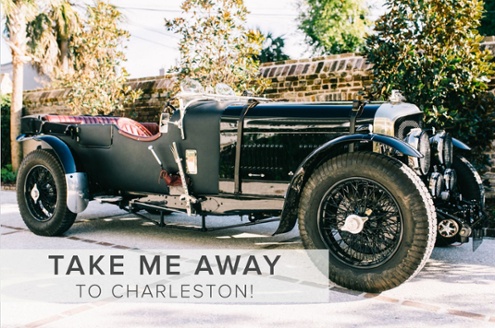 Discover Charleston
Charleston SC: Bringing Your Boat to Warmer Climates for the Winter
Real Estate
Everything You Need to Know about the Cost of Living in Charleston SC