That Door May Look Black but it’s Actually Charleston Green!

During any walk or guided tour around Charleston, SC nearly everyone admires the beautiful historic homes with the “black” doors and shutters.  But are they really black?  Certainly some are, but more often than not they're painted a color local Charlestonians refer to as "Charleston Green."  This is a green so deep that at first appearance it looks black. Only a trained eye and the right amount of light can determine the difference between the color black and this shade of green. And, as with many things in this historic southern city, there is both mystery and dispute as to how it came to be.

While it is true that the exact origin of how Charleston Green came into existence has no historic documentation, there is a local legend that is most commonly referred to. Here is a bit of that history excerpted from Haskell Harris, Style Editor at Garden & Gun magazine:

"... I’ve talked to several folks around town, including the Historic Charleston Foundation and Jane Thornhill, the city’s beloved tour guide, but it seems everybody has a different story about the origin of the color. The most prominent oral history has something to do with Union troops sending down buckets of black paint to help the economically decimated city keep up appearances. True to form, colorful Charlestonians added green and yellow paint to the buckets, creating a brighter version of the funeral black. You can purchase the color through the Historic Charleston Foundation's paint collection with Sherwin-Williams or try your hand at mixing the color. The recipe below was given to Mrs. Thornhill by another local history buff ..."  (Garden & Gun, May 12, 2010)

Charleston Green is a signature color that has become popular among designers and homeowners throughout the South, and can be seen on just about every home in Charleston's Historic District.  The color is even noted by historians as a historic paint color and can be purchased around the country at any Sherwin-Williams paint store. The color is often featured in Southern Living and on the pages of Pinterest.

So, as the tourists ride by in horse drawn carriages or walk along the downtown streets, you'll often hear them remark on the elegant, classic look of homes with a black door - but more than likely when the sun hits it just right, you're sure to see that subtle touch of green.

Note: Isn't it time you discovered Charleston for yourself?  Download our "Discover Charleston" Guide NOW! 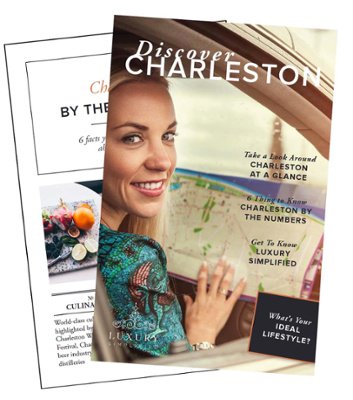