Many retirees flock to South Carolina for its "smiling faces, beautiful places," and its nearly year-round good weather.  But is the tax structure in South Carolina favorable for retirees? The Palmetto state offers one of the lowest per capita tax rates in the country, according to the U.S. Census Bureau. In addition to having the lowest tax rates per capita, retirees receive loads of benefits including retirement income deductions, moderate sales tax, and state tax exemption on Social Security income. These are just a few of the many reasons that people find it beneficial to retire to South Carolina.

So why move to South Carolina as a retiree? Charleston provides retiree benefits that allow their money to last longer. When retiring under the age 65, you may take an annual deduction of $3,000, which may be claimed from income received from all qualified retirement plans including government pension plans, IRAs, Keogh plans and private sector pensions. Once you reach the age 65, the deduction increases to a maximum of $15,000 on any source of income.

Many other perks enable retirees to save a substantial amount of money that could be dedicated to enjoying the quality of life offered in the lowcountry. If you’re moving to South Carolina and trying to sell a house out-of-state, you’ve struck gold. South Carolina doesn’t tax you on a piece of property that you’re selling out of state. This helps retirees save thousands of dollars. To save even more, South Carolina allows a $50,000 homestead exemption on the fair market value of your potential home for residents that are 65 or older, permanently disabled, or legally blind.

Not only income tax benefits, but the BIG advantage of moving to the Palmetto state is our property tax rates, especially if moving from the Northeast or California. For example, from a small condo in Connecticut, the savings can be $30,000 per year in property tax alone. And real estate taxes? One of the lowest in the country at 1.87%.

In addition, South Carolina doesn’t tax Social Security or railroad retirement. This is great for retirees because Social Security alone is 6.2% for both the employee and employer. This allows retirees to realize nearly the full potential of their retirement income each year.

When comparing retirement tax benefits between other states and the Palmetto state based on tax expenditures, South Carolina is in the Top 10, in front of Florida, Colorado, and Utah. All of these states are popular for retirees because of their warm weather, favorable tax structure, and abundance of retirement communities. South Carolina is a top retirement spot for of all of these reasons.

NOTE:  Coastal communities such as Hilton Head, Beaufort, Bluffton, and Charleston have been a growing favorite among retirees. Plus, here in Charleston, the warm climate encourages outdoor activities year round like walking, cycling, fishing, golf and tennis. Staying active and healthy is one of the Top 5 Ways That Retirees in Charleston Stay Young.  Convinced yet? Why not start searching for your dream retirement home in Charleston SC today! 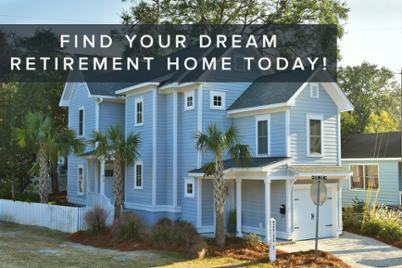 Real Estate
How to Retire to Charleston SC in Your Dream House
Discover Charleston
Can't Decide Where to Retire? Charleston, SC Makes it Easy