Investment on The Charleston Peninsula: An Investor's View

A few days ago we had an occasion to speak at length with a very pleasant young couple at our office on 95 Broad Street. They had been in Charleston for a little less than a year and had settled in the upper West Side. Their careers were doing well, no kids yet and they wanted to get in on the Real Estate investment ladder by creating a small rental portfolio.  Where better to do that than Charleston and where better than to target the East Side neighborhood that is seeing significant growth and change? We gently led them towards the view that this is wrong and here is why.

The East Side was, until recently, an area seeing significant distress.  Many home sites were derelict or empty, it had deep rooted crime issues and had become marginalized in the overall robust growth of the city.  That remained true until the construction cranes started moving in after the last recession in 2009 and for the years following until perhaps 2012.  Since then the development has marched northwards with the latest large project now underway at Courier Square, between Meeting and King St, just south of Line Street.

A lot has changed during the intervening years.  The East Side has seen a renaissance with perhaps 250 or so homes renovated.  The Cigar Factory is no longer an eyesore but a desirable, revitalized office and retail outlet. Pumping stations are being installed, large scale development has bounded the entire Meeting St. side, schools have been rebuilt and inevitably, build prices have risen with a combination of materials and labor.  There is significant development still be be completed. Foundry Alley, a 26 home PUD (Planned Urban Development) between Hanover and Nassau is approved and will break ground in the Fall.  Hampstead Ct.  bounding the south side of the park is also approved with building work imminent.  Perhaps 30 or so infill projects are in various stages of planning.  But this is land purchased a few years ago as planning large development is not a quick process.  Land is still for sale but prices have risen with expectations, for example a large patch on Amherst has an asking prices around $700K or about $90K per buildable lot.

Let's look at the new reality.  Land cost $90K, build costs are roughly $180 sq. ft., rental $850 per room (assuming that's the investment play), same 1800 sq. ft. house.  A total build cost of 414K brings in a maximum of $40K in rental.  So the cost of building has increased by almost 80% for a fairly static rental.  The effect is to squeeze the available profit margin. Looking further, if you borrow at 4.5% on a 20-year AM then the cash flow implications are about 7% of the total borrowed. You will be close to cash flow neutral i.e. after paying the mortgage from rentals there is very little left for repairs or profit.

When we looked at the East Side 4 years ago some people called us "brave."  Soldiers and sailors are "brave." real estate investors merely "thoughtful."  The thoughtful position here is that this area remains the most affordable play in downtown Charleston and a good choice if you wish to live in the home.  The community has embraced change within itself with organizations such as The East side Community Development Corporation and for local youth, the Greater Charleston Empowerment Corporation both of which we support.  Echos of the voice of Phillip Simmons can be heard on East Side street corners ...

“We’re getting together as neighbors, talking, trying to do things for the neighborhood.”

As an investment for the rental market the area is no longer such a good choice and you could consider elsewhere where rental rates are similar but land and build costs less or the potential capital gain is higher.

Thought : "There is safety in following the herd but little profit."  Both paths have a place, it really depends on the outcome you seek. 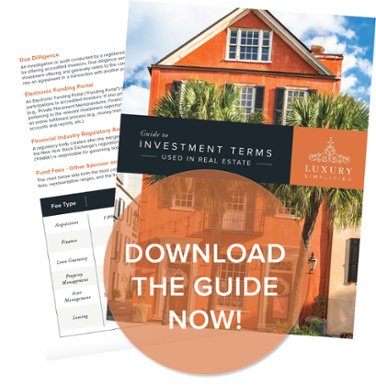