Charleston SC: The History of An Old American City

I recently read an article about the Mayflower. No, not the ship that sailed from Rotherhithe, England 400 years ago bound for the New World, but a 24-ton autonomous research sailing drone that will retrace that famous voyage using 21st Century technology. It reminded me just how far we have come in the space of so few generations, yet our constant reminders of that journey are most often ignored in the chaos of our daily lives. Scratch the surface, not a hard scratch at that, and all of Charleston's history begins to be revealed.

Living in Charleston SC, it's easy to lull ourselves by the timelessness of it all. So let's explore a few bits of history that you won't find in the average history book ...

Take for example a small project we undertook on a planned wedding venue down Highway 61. A little digging around and a consultation with Historic Charleston Foundation and we find an antebellum mansion destroyed by Sherman's troops. More than that, we find a Proprietorial Grant for land to the "original" owner, who had arrived as an indentured servant and initially began buying land from local Indians in exchange for trade goods and corn. Their culture had no real concept of individual land ownership and title so it was probably an easy sale. The actual grant is still sitting in the archives in Columbia SC.

Another example from one of our renovation projects on Line Street where we found a 2 pound cast iron British cannon ball lying on the ground. Hundreds of these were fired on to the rebellious City of Charleston during the British siege of 1780. Close by we find a cuff button from the uniform of a Hessian mercenary, same siege, perhaps from that same cannon battalion.

Dig in the courtyard garden of the Gadsden House on East Bay Street (as we did, while restoring it for use as a historic wedding venue) and you find a shoreline encampment of Redstone Indian pottery shards from a time no one recorded and when no settler had ever set foot on this land. Look in the cellar and embedded in the walls are bullets form a cCivil War era Sharps rifle, the same rifle design that cleared the American Great Plains of buffalo and impoverished an otherwise independent Indian nation.

A closer look around lower East Bay St. reveals streets cobbled with granite sets and infill of tram tracks now covered with tarmac. Look to the left and you'll see streets that are cobbled but this time with the rounded ballast stones from sailing ships brought in empty to transport New World cargo back home. Look upward, and you will see hard wearing purple Victorian slate imported by sailing ships from the mines at Ffestiniog and Dolgellau in Wales.

Our building at 95 Broad Street fared pretty well in the flooding produced during Hurricane Matthew, but that's as expected. It sits at the base of King St. built on high ground that was probably an Indian trail of sand hills forming a spine down the otherwise very wet and marshy peninsula. As the city expanded beyond its fortified walls this high ground was first occupied by farmland then by increasing urbanization.

The "grids and blocks" layout of our cities reflect the land owning Protestant forefather's wish to define the boundaries of their properties, as opposed to the Catholic more feudal systems of France and Spain. Gunter and his surveyor's chain gave us the feet, yards, rods, poles, perches and furlongs that divide the land to this day. Why measure with a chain you ask? Unlike cord, chains won't stretch or shrink when wet!

NOTE: There is 350 years of recorded history all around us in this beautiful city, and although bits and pieces may be recorded in history books, for those with an inquiring mind it's all there to see, feel and touch; tucked in unexpected places along the scenic streets around Charleston, including our historically preserved office on 95 Broad Street - The Major Peter Bocquet House. Stop by to have a look around, or ask us if you want to know more ... 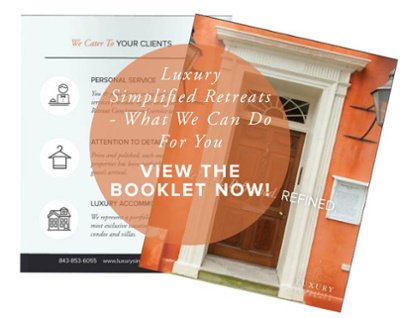